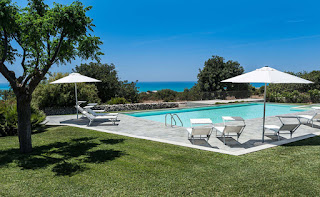 For 2020 Just Sicily are delighted to announce that we have added 2 hotels and 2 villas to our Just Sicily Holiday Collection to offer our guests even more choice throughout the island. What's New for 2020>

Hotel Excelsior Palace
Situated in the city centre of Palermo on the renowned Viale della Libertà, the Excelsior Palace has an attractive Art Nouveau design, offering a perfect mix of sophisticated atmosphere and modern comforts, ideal for relaxation after exploring the city.

Villa Cala Mancina
Situated close to the sea on the north west tip of Sicily close to the seaside town of San Vito Lo Capo with stunning beach, this 2 bedroom villa with 1 bedroom annexe and private pool is ideal for couples and families.

Casi O Cantu
Set in the countryside near Modica in south east Sicily, this 5 bedroom villa has its own infinity pool, lovely furnished outside terraces and lawned gardens framed by olive, carob trees and white stone walls.

Call our experienced reservations team 01202 489040 for more information and to book your next holiday to Sicily or visit www.justsicily to check availability, prices and to book online.
Read our Feefo Gold Award reviews: www.feefo.com/en-GB/reviews/just-sicily

For all our up-to-date Special Offers click here>
Please call Just Sicily 01202 489040 for accommodation and flight recommendations and to guide you to your perfect holiday or for more information visit www.justsicily.co.uk
Experience Sicily with Just Sicily - the Island Specialist 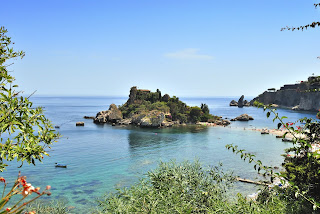 Book Early for 2020 and look forward to summer sunshine in Sicily! Just Sicily have some fantastic Early Booking Offers and 5% LoyaltyDiscount to all our valued repeat customers.

We love the island of Sicily and our dedicated team of holiday experts are ready to recommend hotels, villas and apartments on this beautiful Italian island.

Hotel Monte Tauro >
Book before the 31st January 2020 for 15% Discount on the accommodation price - Saving up to £124 per room! (Saving based on 2 Sharing a Standard Sea View Room with B&B.)

La Scibina >
Book before the 15th April 2020 for 10% Discount on the accommodation price - Saving up to £141.00 per apartment! (Saving based on 2 Sharing 1 Bedroom Apartment Conserve.)

VOI Marsa Sicla Resort >
Book before the 31st January 2020 for 20% Discount on the accommodation price - Saving up to £196 per person! (Saving based on 2 Sharing a Classic room with Half Board.)

Please call Just Sicily 01202 489040 for accommodation and flight recommendations and to guide you to your perfect holiday or for more information visit www.justsicily.co.uk 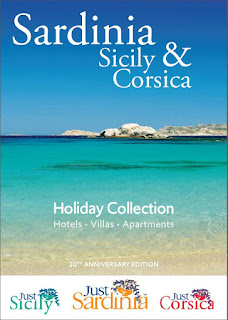 Request our special 20th Anniversary Edition of our new and updated 2020 Holiday Collection which will be hot off the press next week!

Click here to order your copy of our 2020 Brochure, packed full of inspiration for your next holiday.

If you have already called to request the 2020 brochure or pre-ordered it online since the 1st September 2019, then you are already registered and will receive the 2020 Holiday Collection in the post shortly.


Please call Just Sicily now 01202 489040 for accommodation and flight recommendations and to guide you to your perfect holiday or for more information visit www.justsicily.co.uk 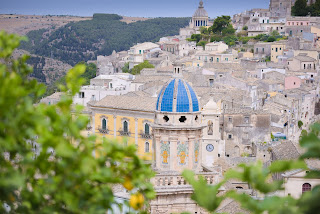 For your peace of mind, Just Sicily provide full financial protection for package holidays meaning that you wont lose the money you paid out or become stranded abroad when you book with us:  www.justsicily.co.uk/pages/travel-associations/

ATOL
For flight inclusive holidays, this is through ATOL (our Air Travel Organiser’s Licence number 10217) issued by the Civil Aviation Authority (CAA). When you buy an ATOL protected flight or flight inclusive holiday from us, you will receive an ATOL Certificate which lists what is financially protected, where you can get information, what this means for you and who to contact if things go wrong.

ABTA
When you buy a package holiday that does not include a flight, or accommodation only, protection is provided by way of a bond held by ABTA with membership number W6775. ABTA and ABTA members help holidaymakers to get the most from their travel and assist them when things do not go according to plan. We are obliged to maintain a high standard of service to you through ABTA’s Code of Conduct.

2020 Now on Sale!
Just Sicily have an exclusive collection of hotels, beach resorts and rural retreats to suit all tastes and budgets throughout the island for a short break, relaxing holiday or multicentre tour: www.justsicily.co.uk/pages/accommodation-home/


Posted by Just Sardinia, Sicily and Corsica News at Tuesday, October 08, 2019 No comments:

Email ThisBlogThis!Share to TwitterShare to FacebookShare to Pinterest
Labels: Financial Protection for your Just Sicily Holiday 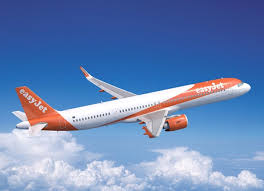 Summer 2020 flights to Sicily have been released today!
To get the best prices book your Sicily getaway now!


Sicily is the largest island in the Mediterranean, lying west of the Italian mainland and south east of Sardinia, yet it can be reached in under 3 hours flying time from the UK www.justsicily.co.uk/pages/flights-to-sicily/

EasyJet flies direct to Sicily on various days of the week and from regional airports throughout the UK and to 2 of the airports in Sicily: Catania (East) and Palermo (North West):


Call Just Sicily now on 01202 489040 for accommodation recommendations and to guide you to your perfect holiday or for more information visit www.justsicily.co.uk
Experience Sicily with Just Sicily - the Island Specialist
Posted by Just Sardinia, Sicily and Corsica News at Thursday, September 19, 2019

Email ThisBlogThis!Share to TwitterShare to FacebookShare to Pinterest
Labels: Summer 2020 easyJet flights have been released today 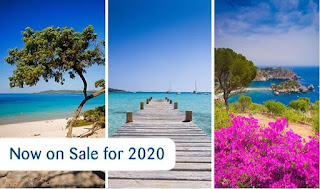 We are delighted to announce that the 2020 Just Sicily Holiday Collection is NOW ON SALE!

Choose from a wide range of accommodation options to suit all tastes and budgets on all 3 islands and take advantage of some great Early Booking Offers. Secure your first choice of accommodation and cheaper flight prices by booking early!


Call us now on 01202 489040 for personal recommendations and to guide you to your perfect holiday or for more information visit www.justsicily.co.uk 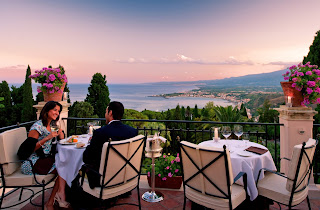 With its breathtaking scenery, picturesque beaches on the Ionian, Tyrrhenian and Mediterranean seas and range of elegant accommodation, Sicily is a perfect place to enjoy a special romantic holiday or honeymoon.

Whether you prefer to enjoy a glass of Champagne on your own private balcony overlooking the Ionian Sea or a quiet, romantic meal on the beautiful terrace of a tranquil hideaway resort, Sicily will be able to provide you with lasting memories to treasure.

Taormina
Belmond Grand Hotel Timeo www.justsicily.co.uk/accommodation/15/Belmond-Grand-Hotel-Timeo/ Widely considered to be one of Sicily’s most luxurious resorts, Belmond Grand Hotel Timeo stands in a truly idyllic park-like setting adjacent to the historic Greek Theatre in Taormina with stunning views of the Ionian Sea, the dramatic town and coastline to Mount Etna beyond.
Prices on request.

The Ashbee Hotel www.justsicily.co.uk/accommodation/19/The-Ashbee-Hotel/ Originally designed in 1908 by architect Robert Charles Ashbee, this prestigious English villa has now been recreated as The Ashbee Hotel carefully preserving the original features.
Prices from £1,344pp per week.

Hotel Villa Ducale www.justsicily.co.uk/accommodation/84/Hotel-Villa-Ducale/ is situated high above the cosmopolitan town of Taormina on the north east coast of Sicily, Villa Ducale has been created into a small charming boutique hotel boasting panoramic views over the terracotta rooftops towards the Mediterranean sea.
Prices from £429pp per week.

Hotel Villa Sonia www.justsicily.co.uk/accommodation/28/Hotel-Villa-Sonia/ A delightful family run hotel situated in the medieval village of Castelmola, perched high on the hillside above Taormina in the north east of Sicily, enjoying dramatic views of the coastline and Mount Etna beyond.
Prices from £418pp per week.

Masseria Susafa www.justsicily.co.uk/accommodation/87/Masseria-Susafa/ is a country estate owned by the Saeli-Rizzuto family who have created welcoming farm-style guest rooms and suites with lovely pool area and restaurant in the heart of the Sicilian countryside.
Prices from £375pp per week.

Algila Ortigia Charme Hotel  www.justsicily.co.uk/accommodation/8/Algila-Ortigia-Charme-Hotel/
The Algilà Ortigia Charme Hotel is one of only a handful of hotels able to boast a central seafront position in Ortigia, the old historic town of Syracuse on the south east coast of the island.
Prices from £651pp per week.

Grand Hotel Minareto > www.justsicily.co.uk/accommodation/4/Grand-Hotel-Minareto/
Sitting on a promontory in the Plemmirio Marine Nature Reserve facing Syracuse and the island of Ortigia, Grand Hotel Minareto is a 5 star resort style hotel with an enviable position surrounded by crystal-clear sea.
Prices from £707pp per week.

Hotel Mea, Lipari www.justsicily.co.uk/accommodation/66/Hotel-Mea,-Lipari/
Located 400m from the port and town centre of Lipari, the largest of the Aeolian Islands off the north east coast of Sicily accessed by ferry from Milazzo, Hotel Mea has an infinity pool with sea views over the Bay of Marina Lunga.
Prices from £312pp per week.

Therasia Resort Sea & Spa, Vulcano www.justsicily.co.uk/accommodation/68/Therasia-Resort-Sea-and-Spa,-Vulcano/
Located 1km from centre of Vulcano, one of the Aeolian Islands, off the north east coast of Sicily accessed by ferry from Milazzo, Therasia Resort is a charming 5 star resort with a choice of guest rooms and suites, pools, restaurants, spa and wonderful views of the archipelago.
Prices from £812pp per week.

Hotel Signum, Salina  www.justsicily.co.uk/accommodation/73/Hotel-Signum,-Salina/
Situated on the Aeolian Island of Salina off the north coast of Sicily, Hotel Signum is a charming boutique hotel offering a relaxed atmosphere, rustic yet stylish guest rooms, Sicilian restaurant and pool all enjoying panoramic sea views to the islands of Stromboli and Panarea.
Prices from £666pp per week.


For more information visit www.justsicily.co.uk or